Benefits Of Bobcats And Skid Steers

You are here:
skid steer The skid steer is one of the most sought-after machinery in the market today. Its flexibility in use and vast application in the construction and other industries are some of the features making them indispensable. There are so many other reasons why you should consider a skid steer loader.

In this article, we are going to look at some of the major benefits of bobcat skid steer loaders. At Allwell Hire we offer a range of earthmoving machines to suit your needs, whether it’s North or South Brisbane. Here are the benefits of these skid loaders:

One of the biggest benefits of bobcats is application versatility. With these pieces of equipment, you can perform a vast range of tasks in construction industries. If you want to move soil within site, you can attach buckets for this kind of work. You can also use these machines for carrying heavy loads such as construction materials. 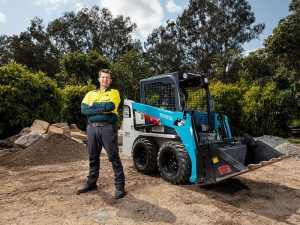 Did you know that you can use skid steer loaders for vegetation control? Well, they are widely used for cutting brushes and other forms of foliage. You can also use skid loaders in the agricultural environment for a range of applications. All you need is to attach the right attachment for the job.

Technology is advancing very fast, and earthmoving machines are not left behind. These machines are now being designed with the latest technologies that make them easier and safer to operate. Have you looked at the Huski Skid Steer Loader 5SDK5 or the Huski Skid Steer Loader 4SDK4? These are some of the skid loaders that are pretty easy to use because of the high-tech features they come with.

The joystick style control is one of the technologies improving the ease of use in skid steers. Ease of use comes with many other advantages, such as improved performance and productivity. The intensity of training is also lower compared to the large machines such as excavators. 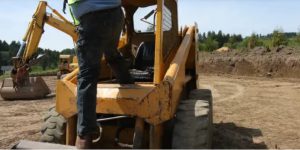 Skid steers are simply a mini version of other larger loaders like excavators and front-end loaders. They do almost the same work, with the only major difference being the tonnage. The compact size of the skid steer loader makes these types of skid steer loaders easy to transport. You do not need a large carrier vehicle to have the machine brought to the site.

The easy portability of the machine makes them more affordable as it costs less to transport them. The compact size of the skid loader also enhances their maneuverability when performing tasks. You can operate these machines in a small space and still deliver incredible output.

The efficiency of the equipment is a crucial aspect to consider. The reason being it greatly determines output as well as the cost of running the machine. Although skid steers have a small size, you will be impressed by the high hydraulic flow rate these machines produce. This is a very crucial element when rating earthmoving equipment.

With the high hydraulic flow rate, the efficiency of the machine will remain high. This means better performance and productivity throughout the project. In the end, you will have done a lot within the time that you hired the machine.

When using earthmoving machines, the level of visibility is crucial because it determines many things, including the level of risk. You can see the entire area when operating with these machines. This is not the case with bulky front loaders, in which you will be prone to do damages unless you get help from external cameras or human support.

With skid steer loaders’ better visibility, it is easy to perform tasks without fear of damages. With better visibility comes better efficiency and precision when performing a task. Therefore, you can hire these machines and work alone. That’s something you might not be able to do with an excavator and other large front loader machines. 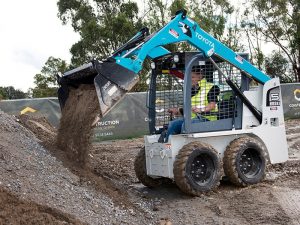 Some of the most common attachments for skid steer loaders are the buckets used for a range of tasks on the construction site, including scooping and ferrying materials. Other attachments include trenchers, concrete mixers, auger drives, pallet forks, push rakes, and many others.

Skid steer loaders offer numerous benefits, such as high versatility in use. If you have a task that needs skid steers, we recommend renting from Allwell Hire instead of buying. It’s cheaper and more convenient to hire. You will also be able to easily transport your skid steer loader rental equipment to anywhere in Brisbane, to areas such as North Brisbane and others.